Esch2022 – Perception on a region in transition 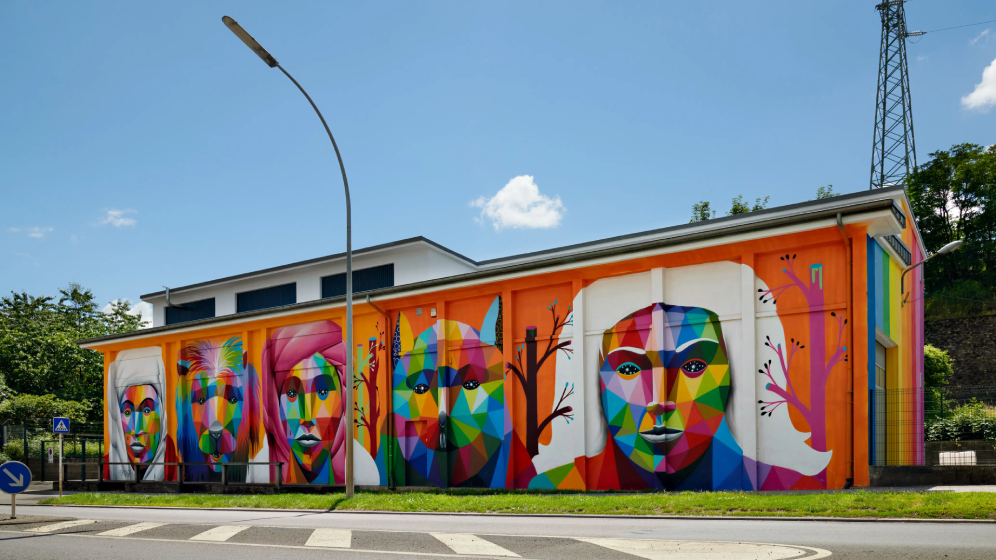 
The results of an extensive survey conducted by the Esch2022 ASBL and the polling company ILRES indicate that the event participants consider the organisation of Esch2022 to have a positive impact on the region. Their satisfaction levels remain consistently high.

In the framework of this survey, participants were asked about the Esch2022 event they attended, as well as about a number of aspects related to the impact that the organisation of Esch2022 could have on the event territory. By the end of July 2022, just over 1000 visitors (1054) had participated in the survey.

Once again, visitors living abroad have the most positive opinion: 67% of them agree or strongly agree with this statement and 11% disagree. The opinion of Luxembourg residents who have participated in an event organised within the framework of Esch2022 is more varied, although it remains largely positive: 52% agree or strongly agree, 30% take a neutral position (neither agree nor disagree) and 18% disagree.

Nearly 76% of event participants living abroad agree with this statement (41% of foreign participants even strongly agree). A majority of Luxembourg residents also agreed (58%) that Esch2022 will make the city of Esch-Alzette better known outside of Luxembourg, while 19% disagreed.

More than 7 out of 10 visitors think that Luxembourg can be proud of the fact that Esch-Alzette has been named European Capital of Culture in 2022
In fact, 72% of the visitors who were asked whether they agreed with the statement that Luxembourg should be proud to have Esch-Alzette as the European Capital of Culture replied in the affirmative (45% even said they “strongly agreed” with this statement), while 17% remained neutral (neither agreed nor disagreed) and only 10% did not agree.
Visitors living abroad had the most positive opinion, with 85% agreeing or strongly agreeing with this statement. Only 1% of foreign visitors disagreed.
Two thirds of visitors living in Luxembourg agree or strongly agree with this statement (66%), 21% take a neutral position (neither agree nor disagree) and 14% disagree with it.

A high level of satisfaction among visitors who participated in an event:

In the framework of Esch2022, European Capital of Culture, we have set up a major evaluation programme to measure the impact of this project on the entire Esch2022 region and beyond.

This ongoing study is part of this evaluation work. It is intended to evaluate and measure:

Most of the respondents are recruited by ILRESs surveyors on the event site itself, the rest come from the Esch2022 ticket office (people who have given their consent to participate in the survey). ILRES then provides these people with a link to an online survey.

The survey started in March 2022 and will end in January 2023. Over 700 respondents had participated by the end of June.

For further information about the results, please contact the person in charge of this study at Esch2022, Jacques Maquet. E-mail jacques.maquet@esch2022.lu

Esch2022 is the European Capital of Culture 2022, featuring the town of Esch-Alzette, the ten other Luxembourg municipalities of the Pro-Sud union and the eight French municipalities of the CCPHVA region. The slogan of Esch2022 is “Remix Culture”. Production work on the implementation of all of the themes is being carried out in close cooperation with the municipalities, the ministries and other partners. Esch2022 is managed by the association ‘Capitale européenne de la culture 2022 asbl’. In 2022, two other cities in Europe will hold this title: Kaunas in Lithuania and Novi Sad in Serbia.